At the moment THREE major ultracycling races across the entire US are going on. Can you tell the difference?

Although the races are completely different, they do have some similarities. First of all, all three races have predetermined routes and racers are not allowed to deviate, or have to get back to the exact spot where they left the route. Second, they are all one-stage races. Just a start and a finish many, many miles apart. No mandatory stops inbetween and the clock keeps on ticking all the time. Third, all racers have trackers with them, so you (and the organisers) can follow them online.

Some familiar names appeared at the start: Mike Hall (organiser and founder of the Transcontinental Race (TCR) is smashing the Tour Divide, female record holder cycling around the world Juliana Buhring competed in the RAAM with her own support team, but sadly had to give up a couple of hours ago. Who is your favorite racer? Add his or her name in the comments below!

Started on June 4th all racers follow the Transamerica Trail from West (Astoria) to East (Yorktown) or vise versa (own choice). The race is SELFSUPPORTED, which basically means you have to do it all by yourself, no crew handing out food and drinks, no predetermined overnight stays and so on. Everything you need, from food, drinks to spare parts you have to take with you or buy yourself. 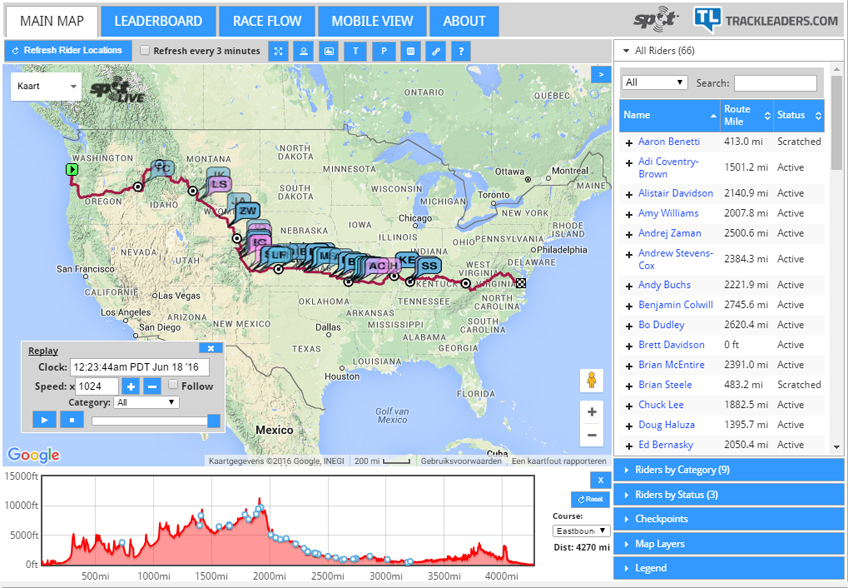 The start of the Tour Divide was on June 10th. Racers follow the Great Divide Route named after the Continental Divide, a mountainous range that separates the watersheds of the entire US. Riders start in Banff, Canada and head for Antelope Wells in New Mexico. Like the Trans Am this race is also selfsupported. The big difference is that this is an OFF-ROAD race. 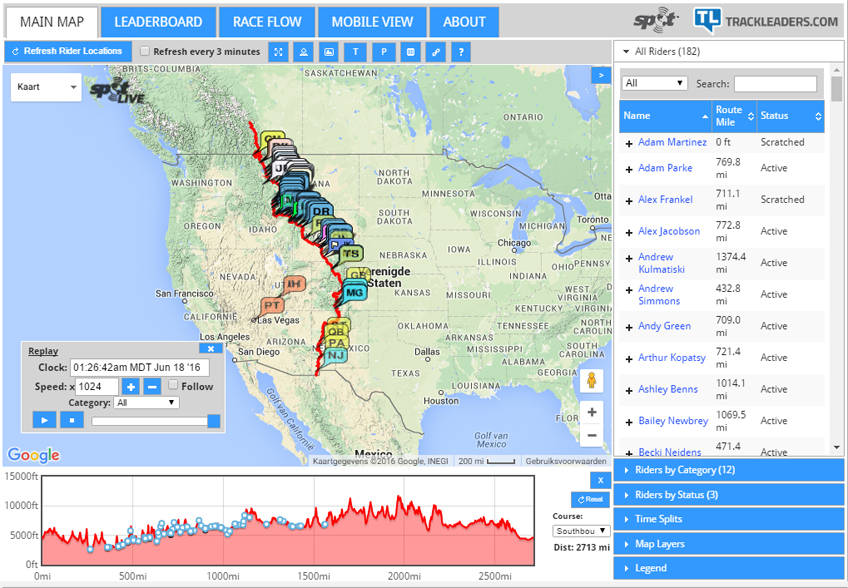 June 14th was the start of the 35th edition of the Race Across America. The RAAM is a SUPPORTED road race from Oceanside, California in the West to Annapolis, Maryland in the East. Racers ride solo or in 2-, 4- or 8-person relay teams. All solo racers have to qualify before they can appear at the start. 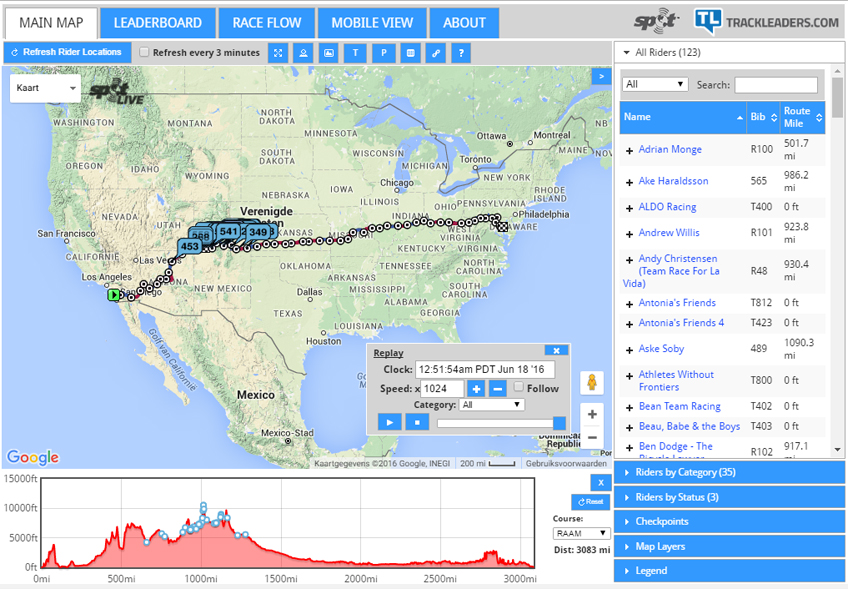