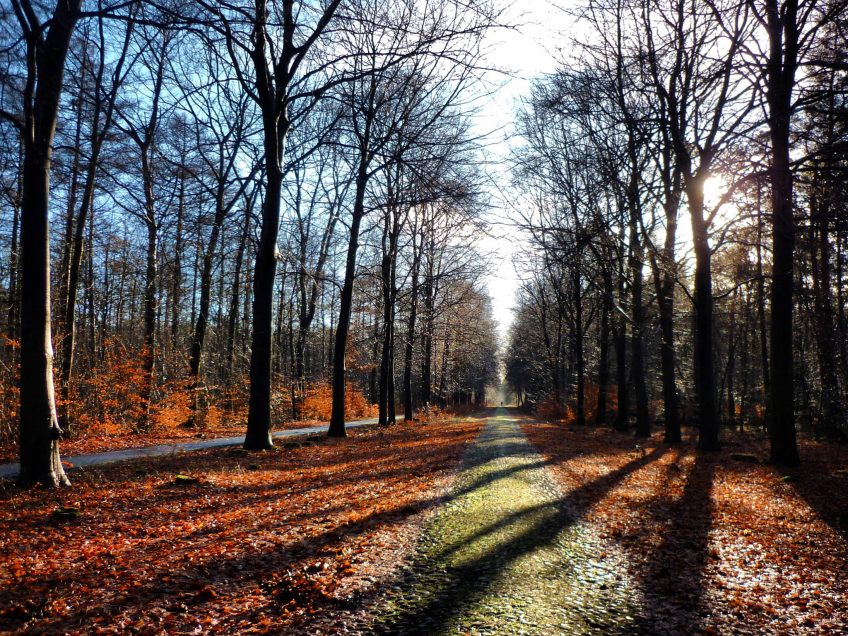 Not that many seem to be willing to challenge the elements these days. Smooth roads are preferred, while hard work doesn’t seem to be appreciated anymore. But what’s the fun in that? Personally I like to think that it’s the road less travelled, and the hard work that comes along with it, that takes you to the most beautiful places. And that’s why I accepted Mr. Frankie B’s invite to hunt down some cobbles in Drenthe last weekend.

At 9.30 am I parked my Toyota at an almost deserted parking lot behind a supermarket in Emmen. The only two other cars at the parking lot where from my fellow cobble hunters: Frankie B, Etienne and Marc. After handshakes, putting on two pair of shoecovers (damn cold!) and figuring out how a Mavic thru axle works, we were good to go.

It didn’t take long before the elements took a first swing at us. It was Etienne who took the hit. Before we had made it to the first cobble sector his wheels slipped away in a icy corner and he went down. Badass as Etienne is he dusted himself down and jumped back on the bike. But it wouldn’t be the last time we had bad luck that day.

Mr. Frankie B led us from one cobbled sector to another. In between sectors where beautiful countryside roads and sweet little villages. With every sector my love for cobbles grew and after we finished one I already looked forward to the next. But on the fourth sector the elements hit again. Marc got a puncture and his tyre was deflated within seconds.

Although Marc changed his inner tube pretty quick, our rhythm was gone. And it didn’t get better after a coffee break in Rolde. Since the hours seem to pass quicker than the kilometres, we decided it was best to shorten the ride a little bit. By the time we got back at the starting point we only rode 83 kilometres. But it didn’t matter: we challenged the elements and returned home with another great memory. 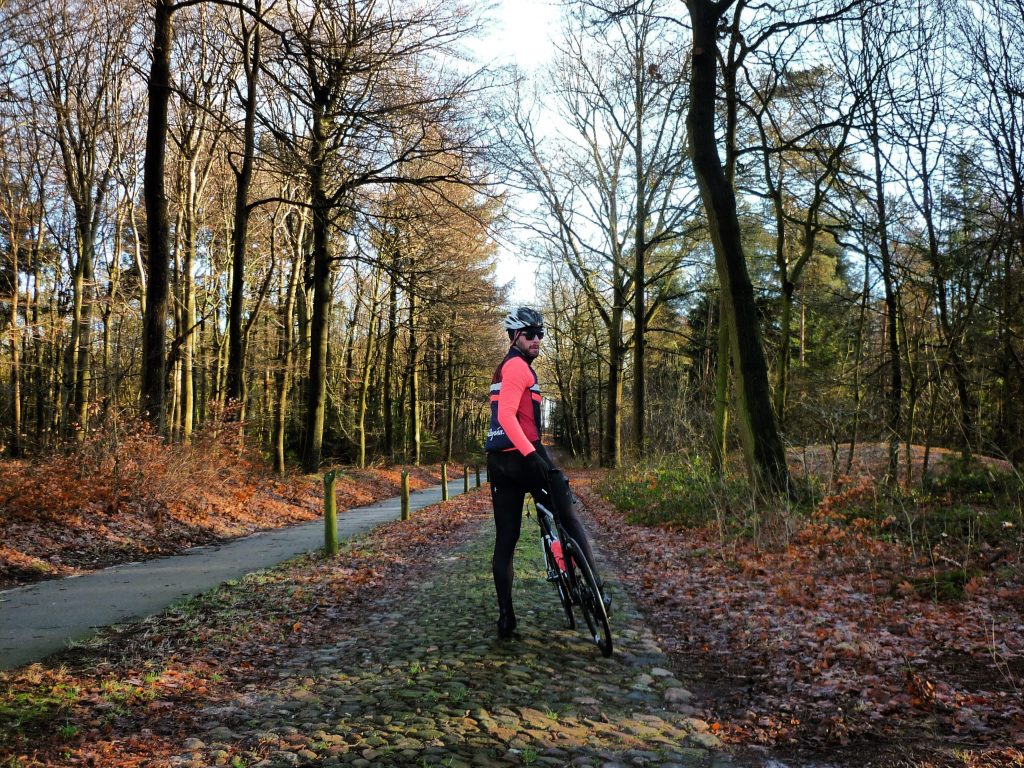 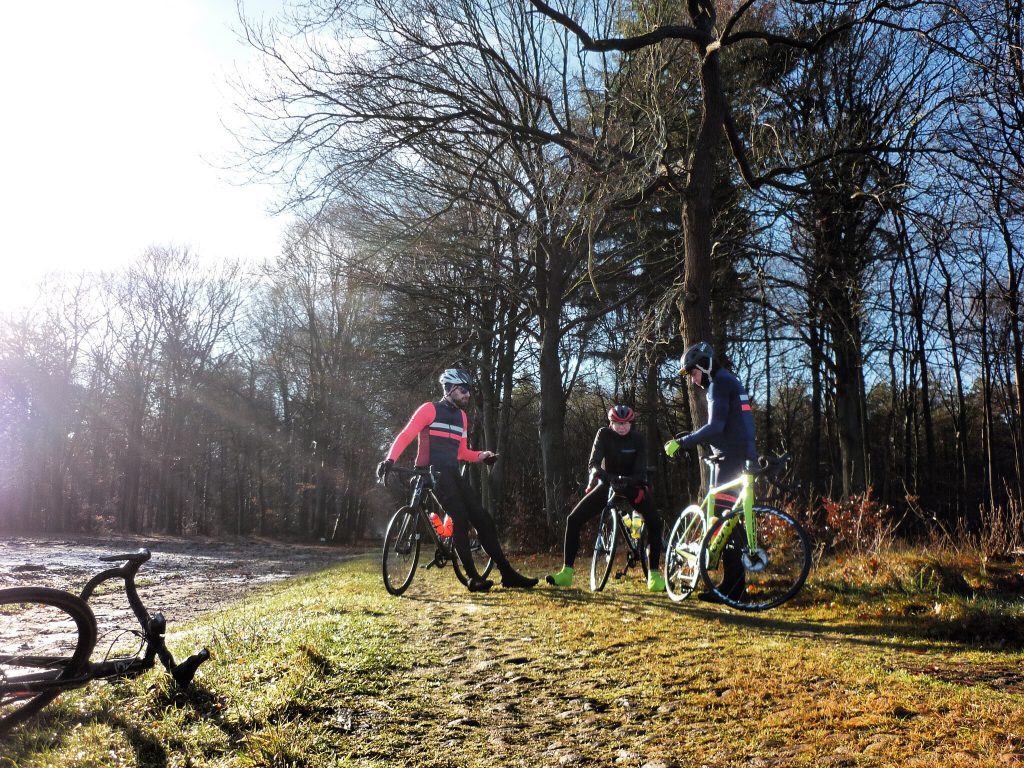 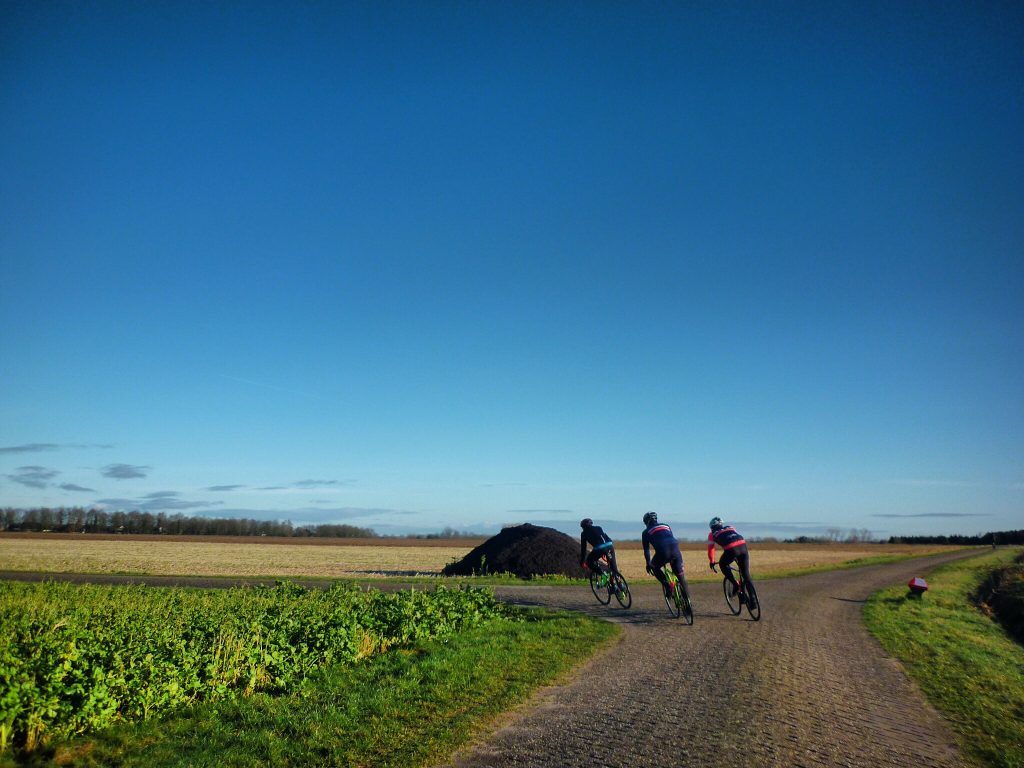 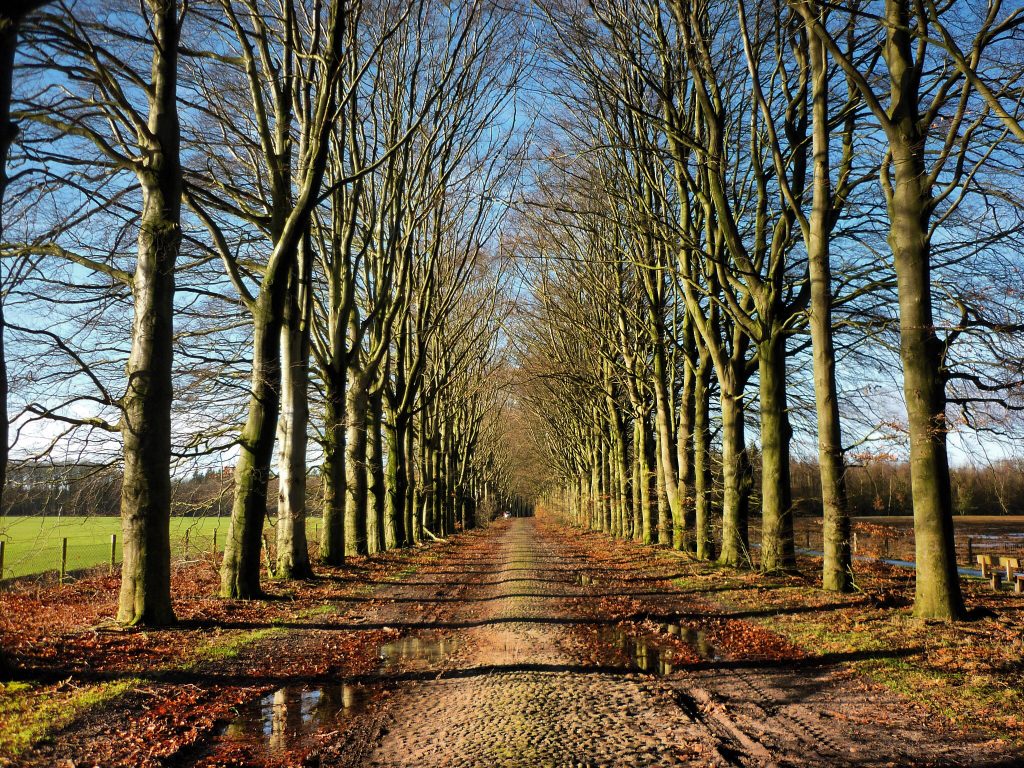 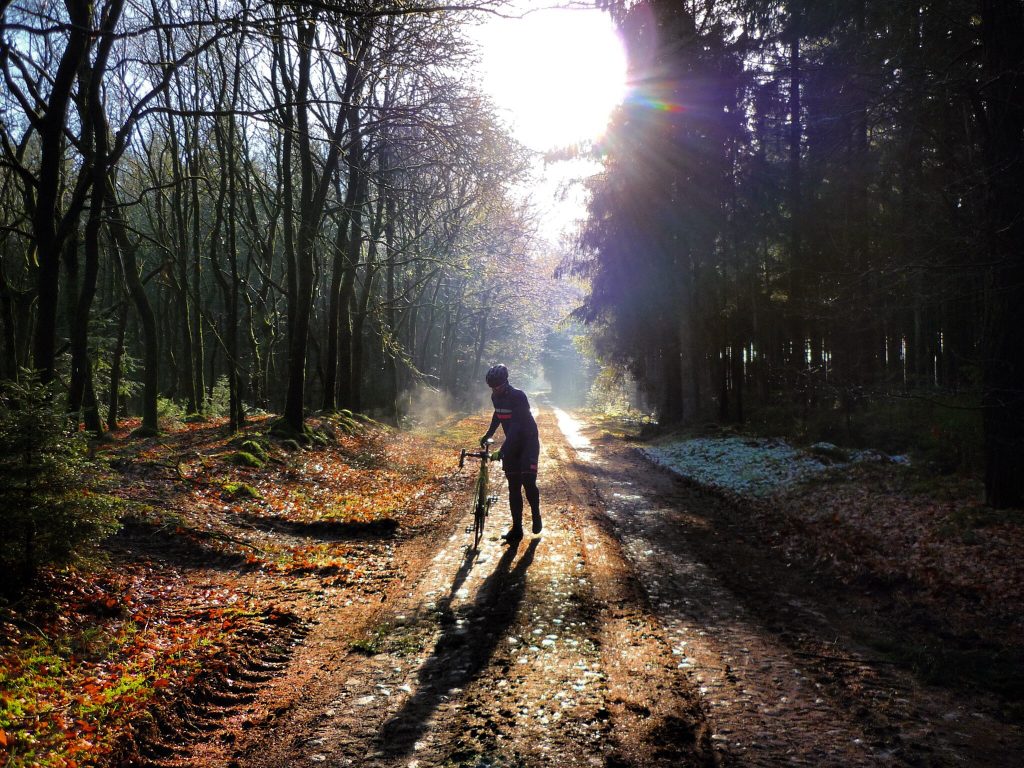 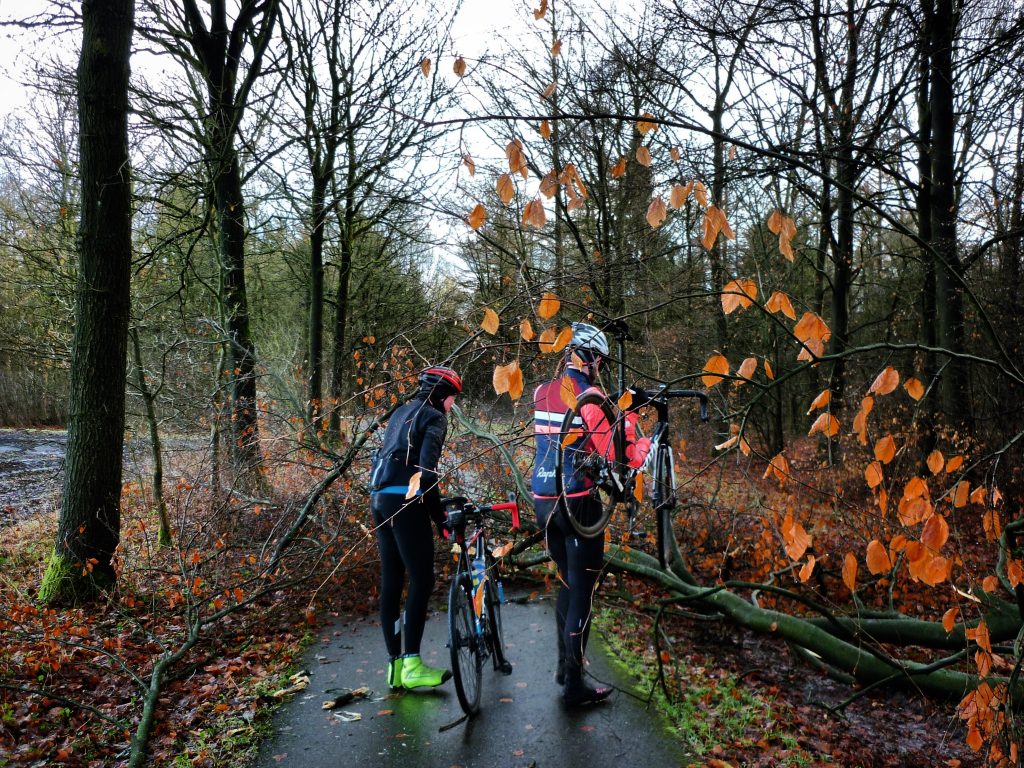 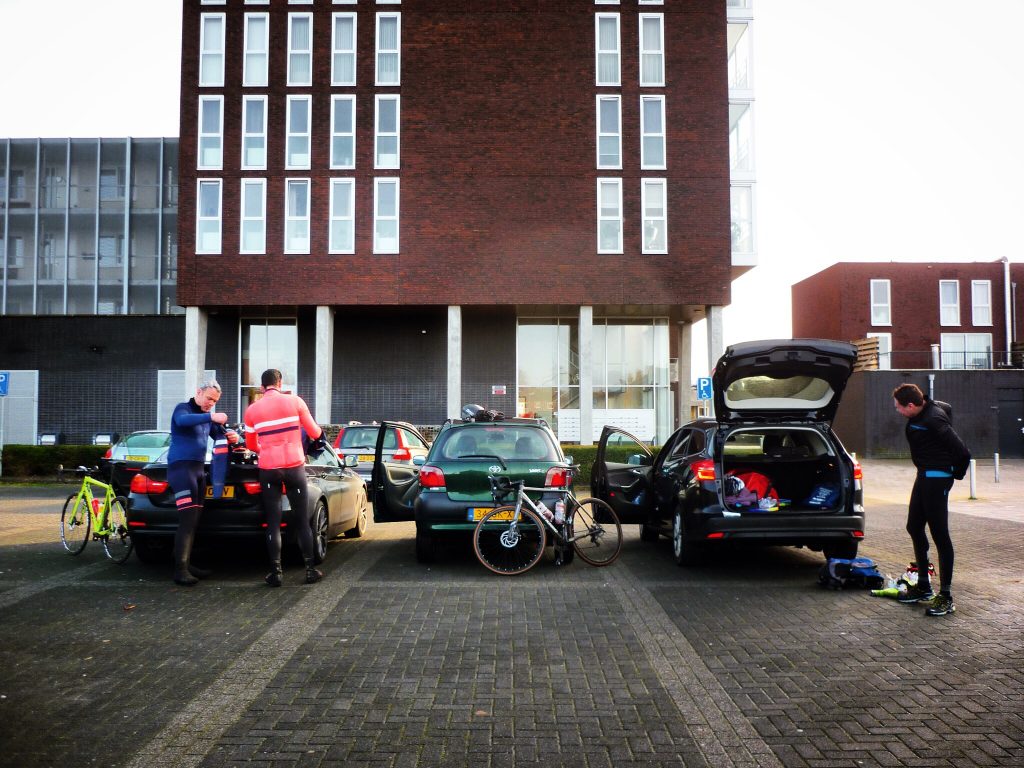