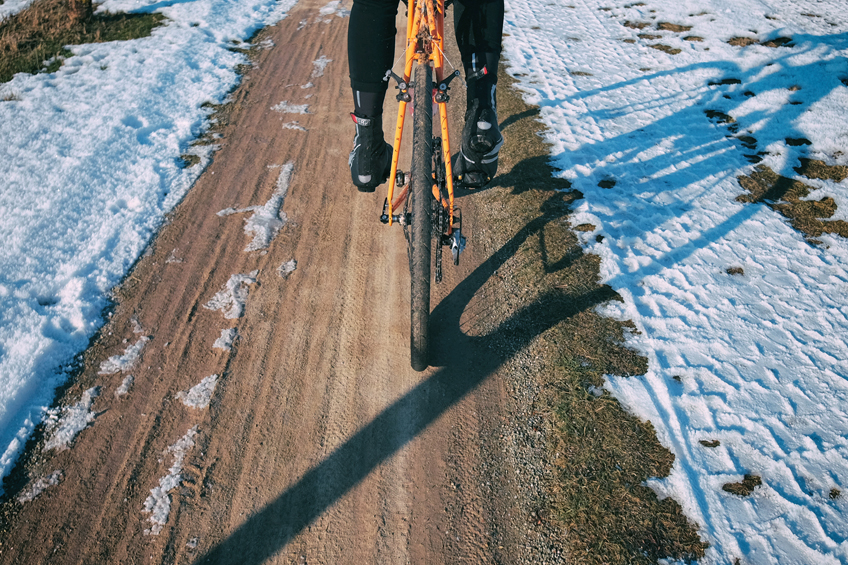 It was December 2016 when I invited members of Fiets.nl/forum to join me on a mid winter gravel ride around my hometown in January.

I promised hard frozen paths, blue skies and sunshine. A bold promise, considering the changeable winter weather in the Netherlands… 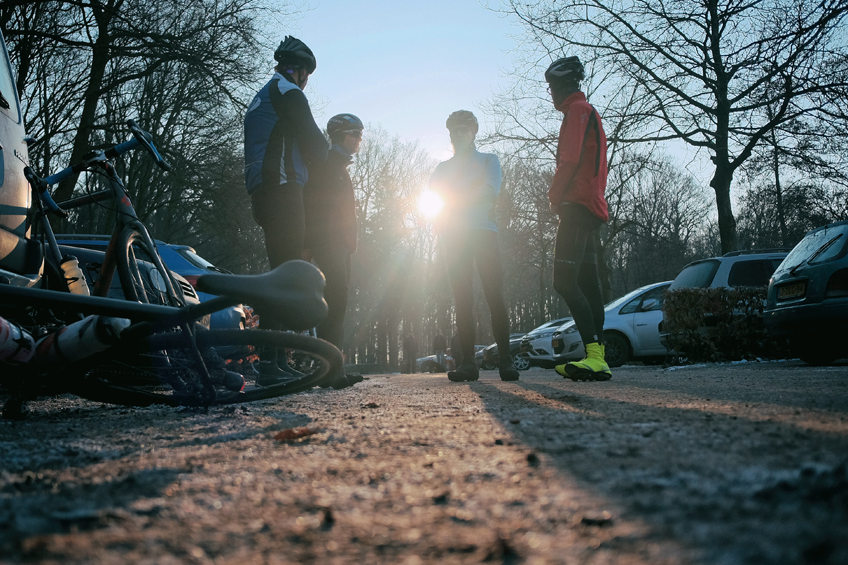 Seven cyclists were waiting for me when I arrived at Kasteel Slangenburg, the starting point of our gravel ride. Among them Stephan (founder of ViaVelo), and Edwin whom I knew from Gravel ride Veluwe last year. And a couple of new faces. After handshakes and catching up, we were ready to roll. But there was one problem, we came one rider short. Earlier that morning Wijnand sent me a Whatsapp message saying he was going to be later due to train delays. After about 15 minutes he arrived and we were good to go. 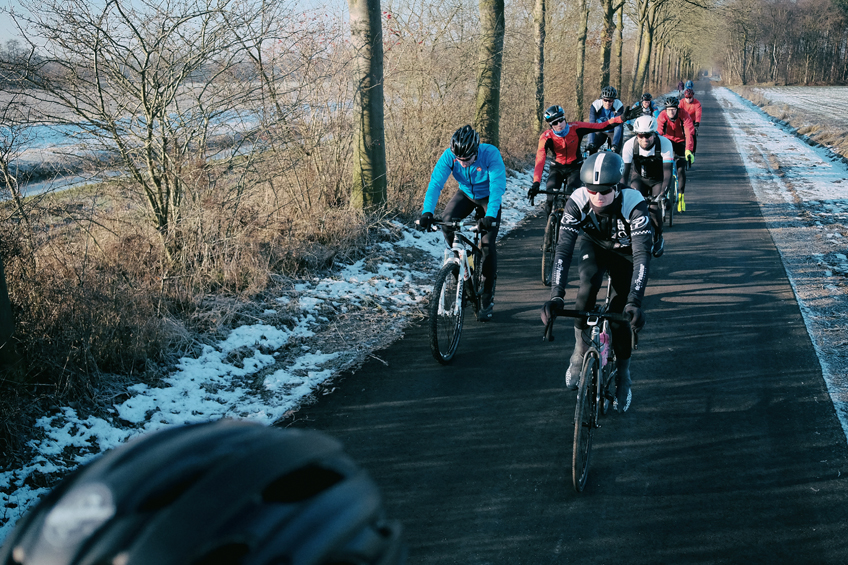 During a 95km ride I took the members of Fiets.nl/forum to my favourite gravel sections around my hometown, while the weather was as promised: freezing cold, blue skies and sunshine. The empty countryside roads and small gravel paths showed the true beauty of this area. Add to that some great people, and you have all the ingredients for a perfect day. 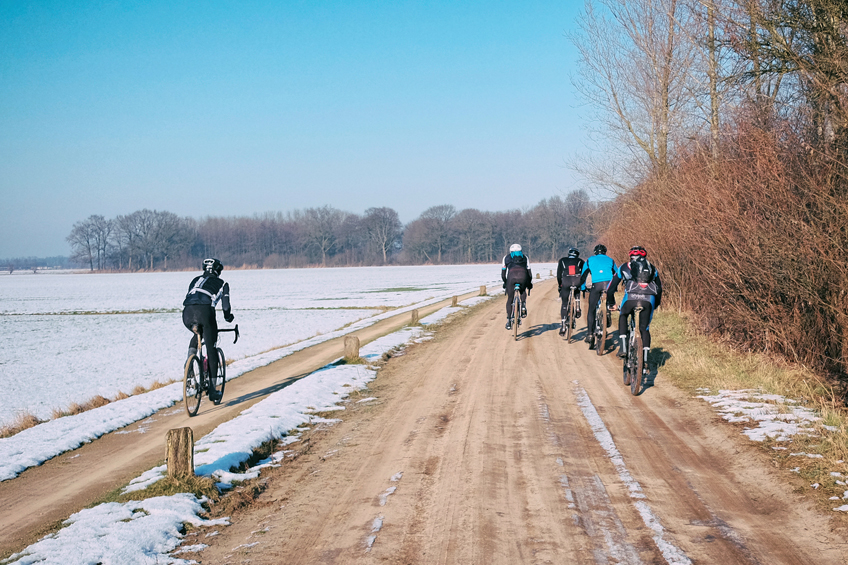 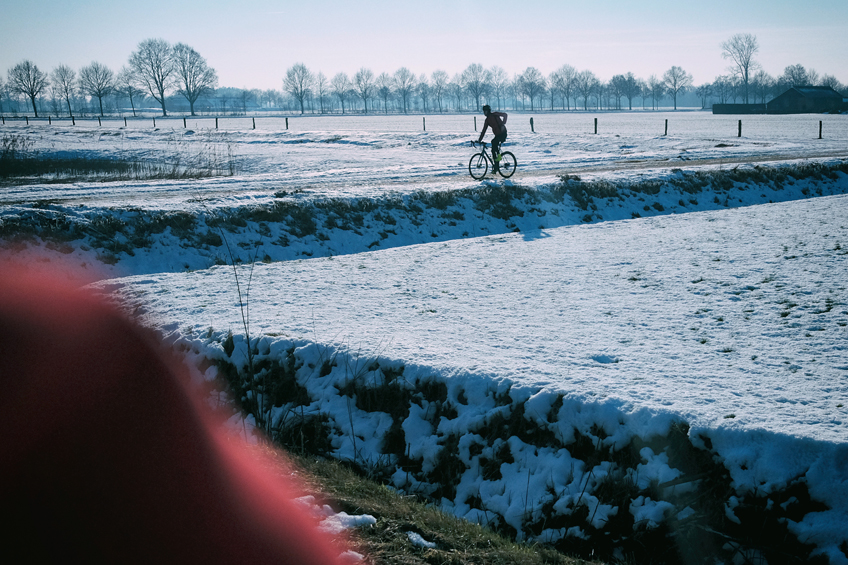 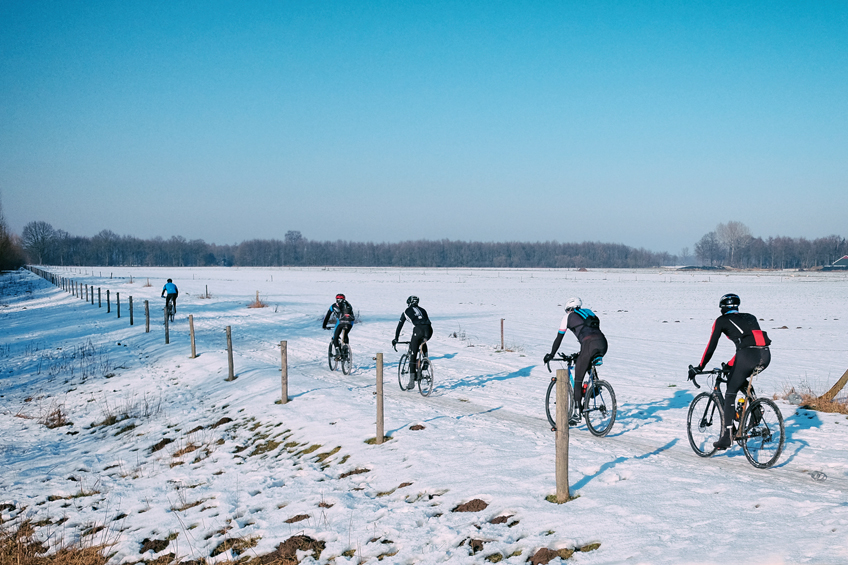