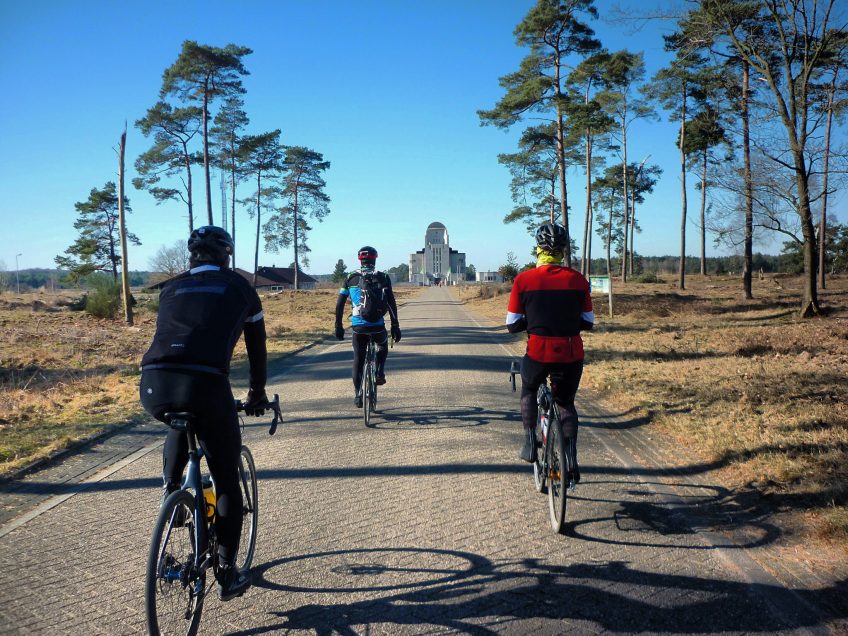 Last Sunday it was time for annual ViaVelo midwinter gravel ride. Those of you who have been following ViaVelo for a while might remember the story about last year’s midwinter gravel ride around my hometown. Well this time I led the gents over my favourite ‘golden’ roads at the Veluwe.

The fun already started in the week before the ride. I invited my colleague Eric to the ride and he was willing to join on the condition that the temperature had to be above freezing point. But as the day of the midwinter gravel ride came closer, the weather forecasts were quite the opposite: freezing temperatures and a strong wind from the East to get the wind chill even lower. Which led to a bet about if Eric would bail out or not.

But Eric didn’t bail out. On Sunday he picked me up at 8.50 am and together we rode to the meeting point. One hour later we arrived at the parking lot near Paviljoen de Posbank. I expected Wijnand already there, but I didn’t spot his car. It turned out he had send me a message saying he forgot his front wheel and had to turn back home. Unfortunately that meant he wouldn’t make it back in time for the ride. Shortly after us Stephan and his brother arrived and were good to go.

Via the Loenermark and the Deelerwoud we rode to Radio Kootwijk, a radio transmission station that dates back to 1923. From there we headed south to our coffee stop in Mossel. But once we got there it turned out de coffee shop was still closed. Hungry from the cold weather and strong wind we decided to go full gas to snack kiosk ‘De Pitstop’ in Oud-Reemst. That place is a true lifesaver for cyclists who ran into the man with the hammer. After a warm welcome and the much needed snacks to refuel, it was time to conquer the last gravel tracks around Schaarsbergen before we headed back to the starting point.

And although I can dream the route by now, it always remains a special ride. Sharing it with people who enjoy it as much as myself makes it even more special. 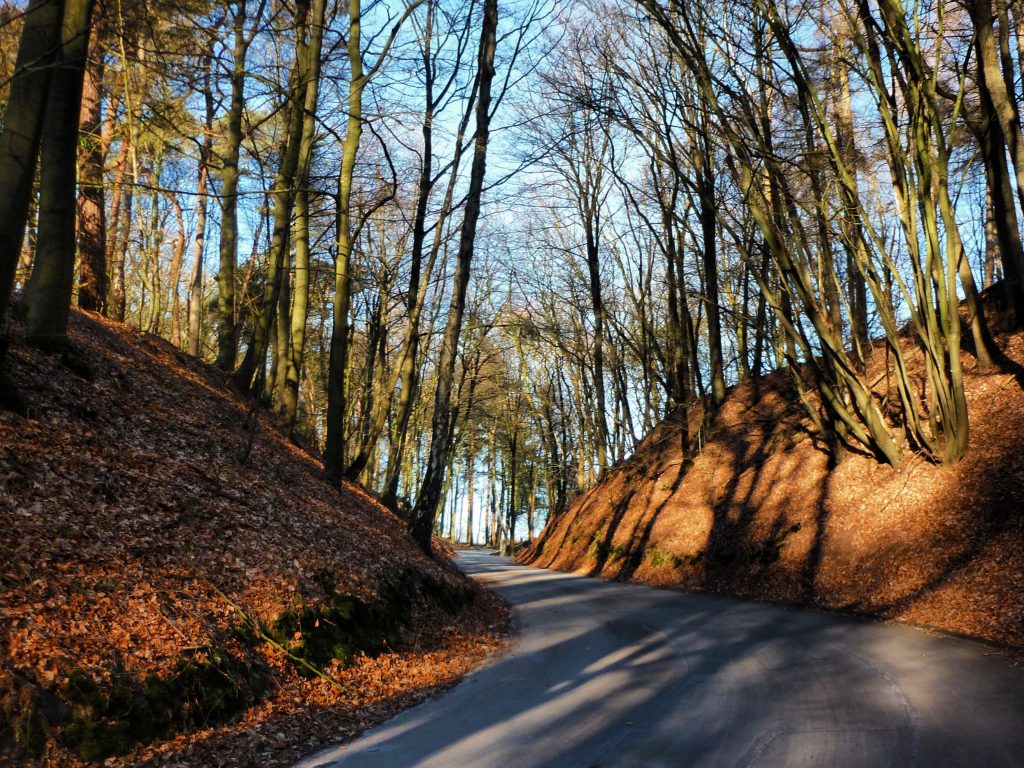 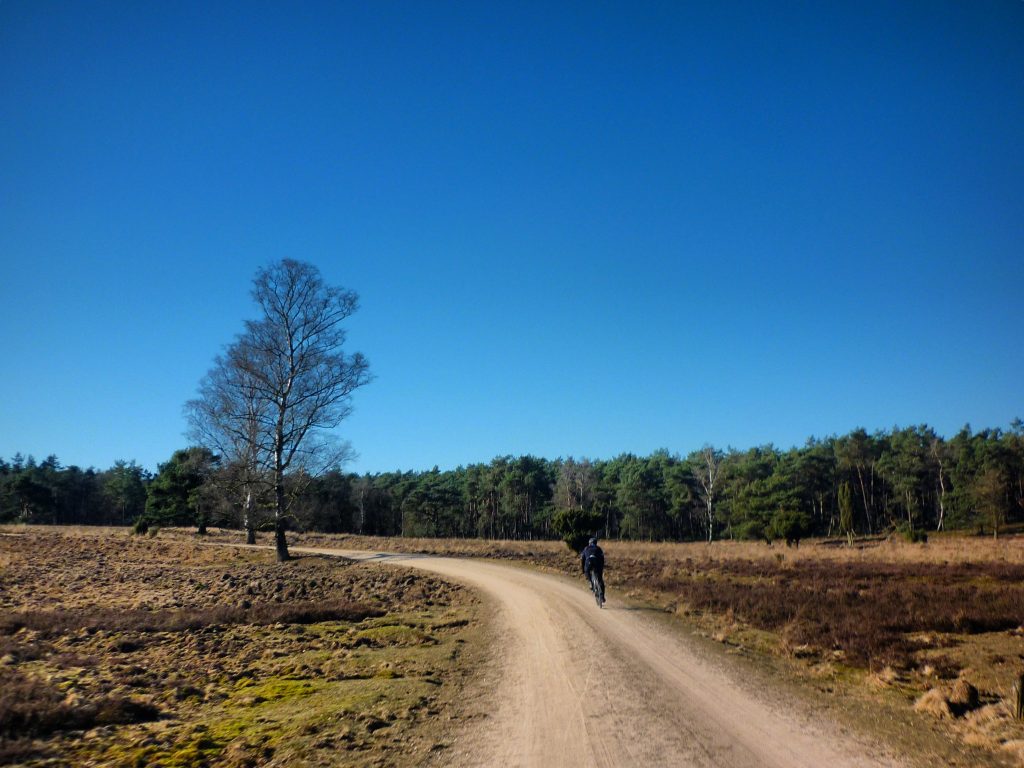 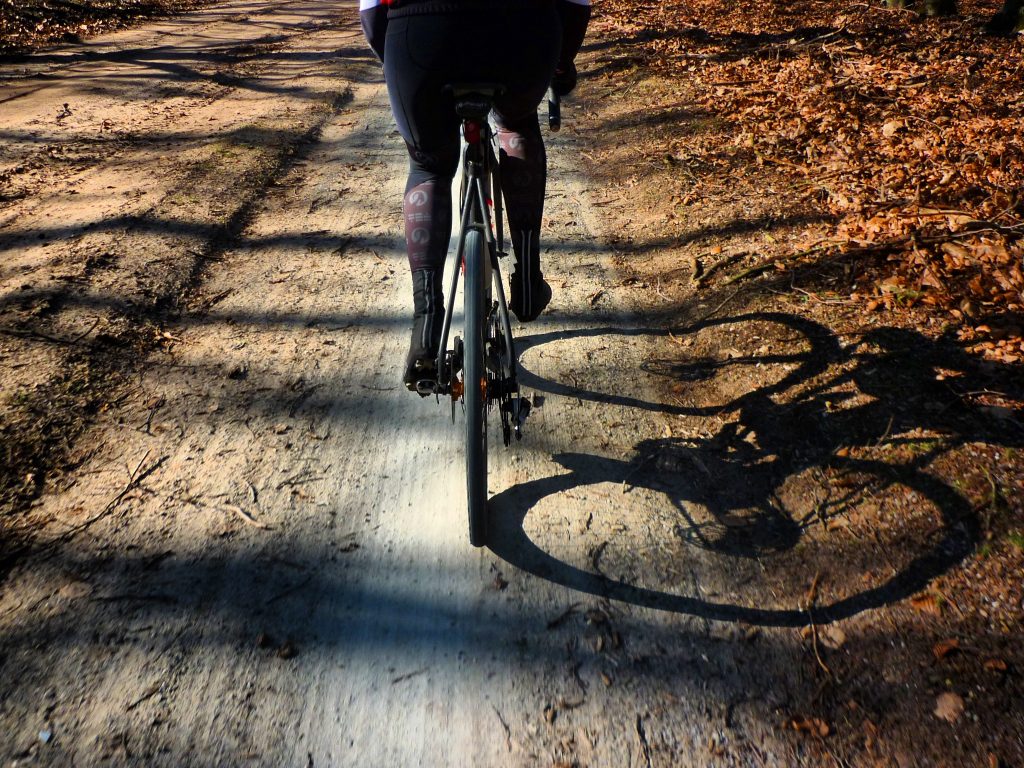 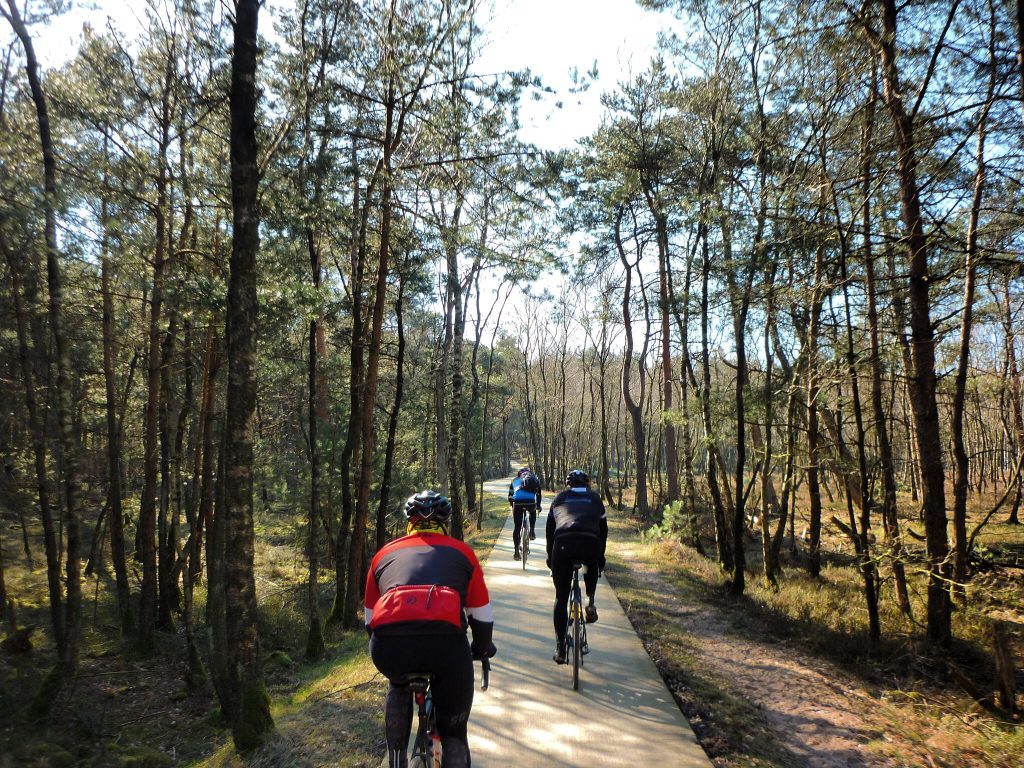 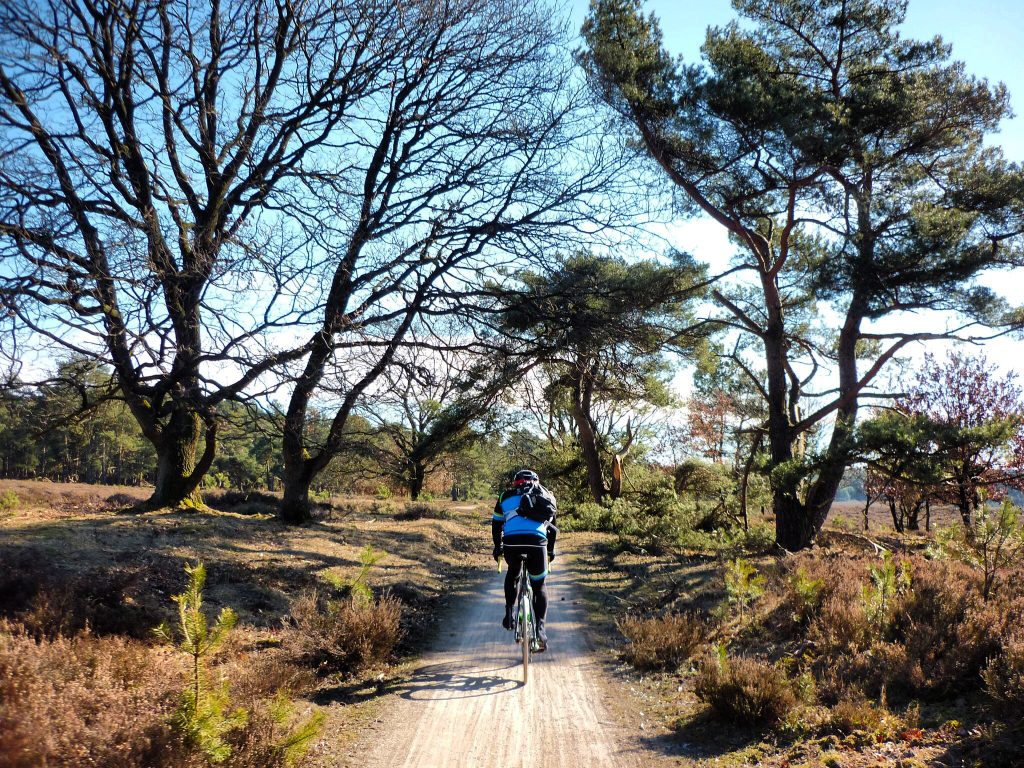 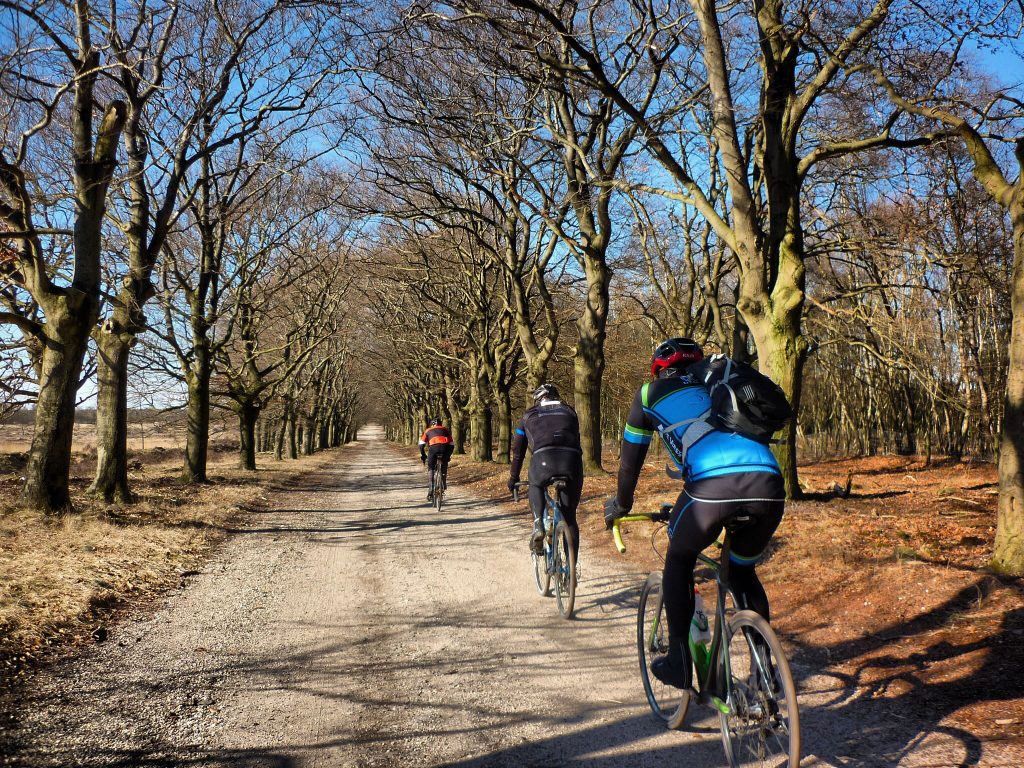 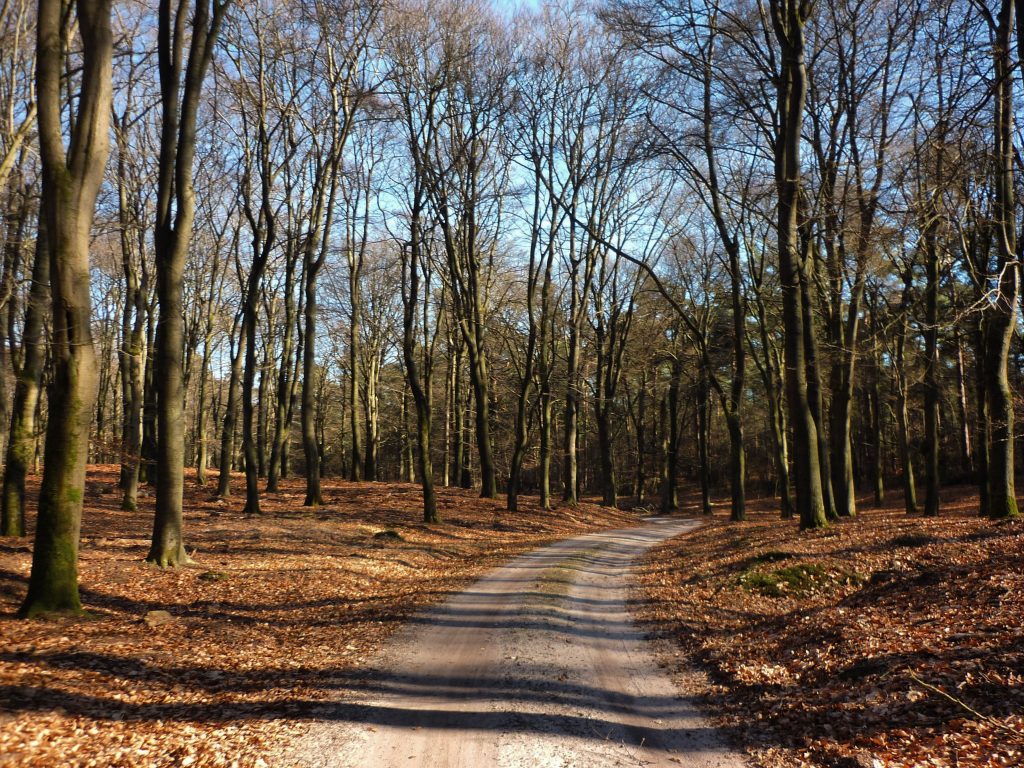