Is a thing now

“Do you want to join?”, our columnist Jeroen Dijkstra (aka Jerome) asked me. He was organising a gravel group ride on the Fiets internet forum of around 100 kms. Sure! 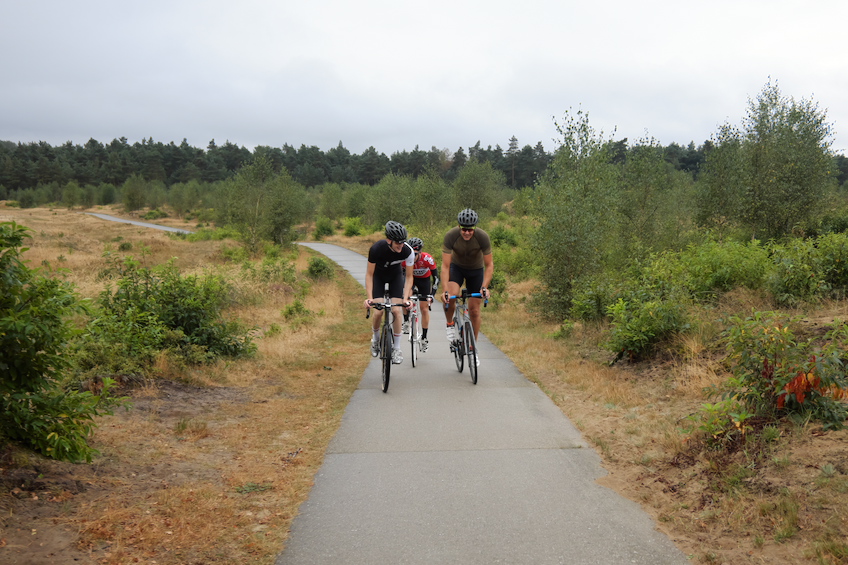 I headed towards the starting point on top of the famous Posbank in the Veluwe. It’s one of the most beautiful areas in the Netherlands, if you ask me. With my poor navigation skills and a little help from Google maps I was ‘only’ 10 minutes too late. 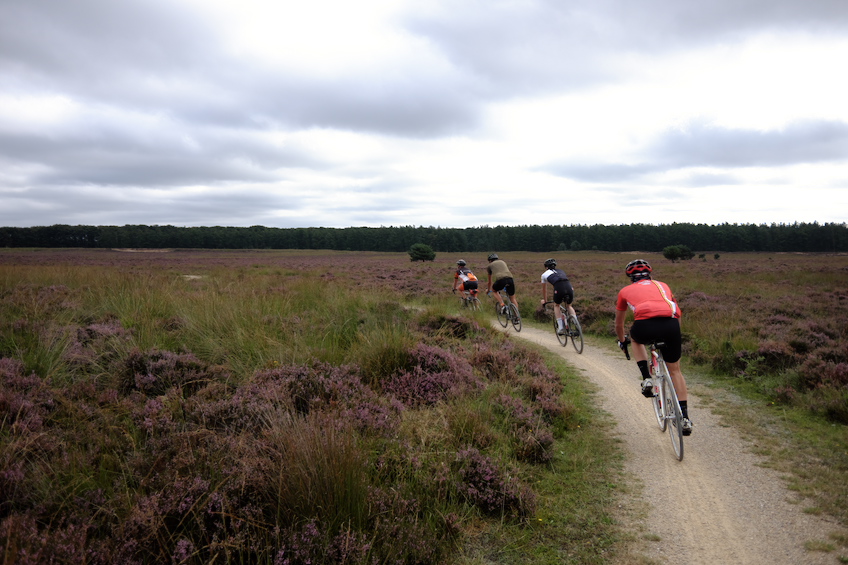 Four guys were waiting for me (thank you!). Among us there was an experienced randonneur. 200, 300, 400, 600 kms. He rode them all. This year! His biggest and most memorable ride was a 1300 kms randonnée in Scotland in al little bit over 100 hours. He was on a nostalgic Gazelle steel road bike he build up himself.

Another guy was on a classic cx bike. He is a hardcore mountainbiker and now training for long distances. He already rode about 70 kms from home totalling a distance of 230 kms that day, including gravel tracks. Chapeau!

Then there was the chief editor/photographer from Fiets magazine. He had with him a Cube road bike with disc brakes and wider tyres. We talked a lot about cycling and magazines. An interesting combination. 🙂

I took my steel veloheld.iconX with Continental Cyclocross Speed tyres with me, since mixed terrain is exactly what this bike is made for.

Jeroen himself rode his BMC with Alfine 8 drive. He knew the area very well and his route was amazing. Most cycling paths were crowded with cyclists. It was a relief every time we hopped off the tarmac to follow a gravel section and have it almost entirely to ourselves. We all wondered why more people don’t think of this … 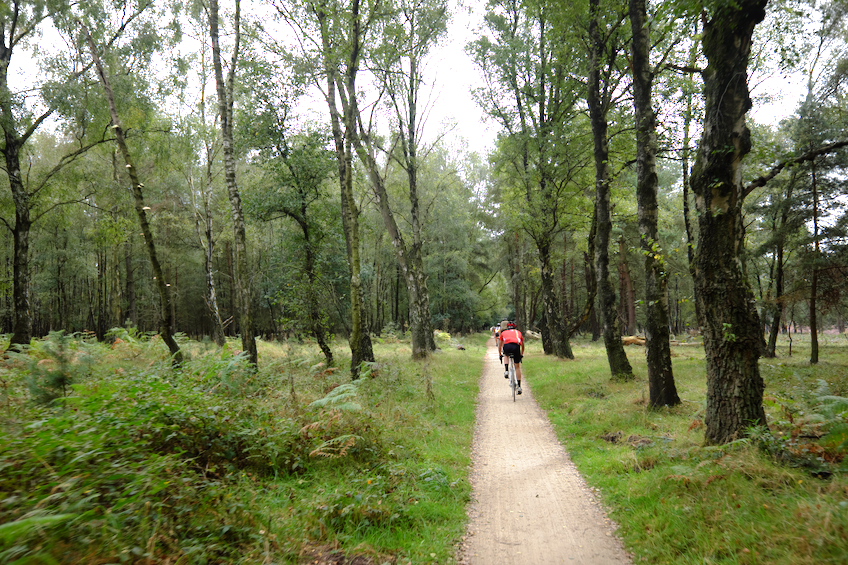 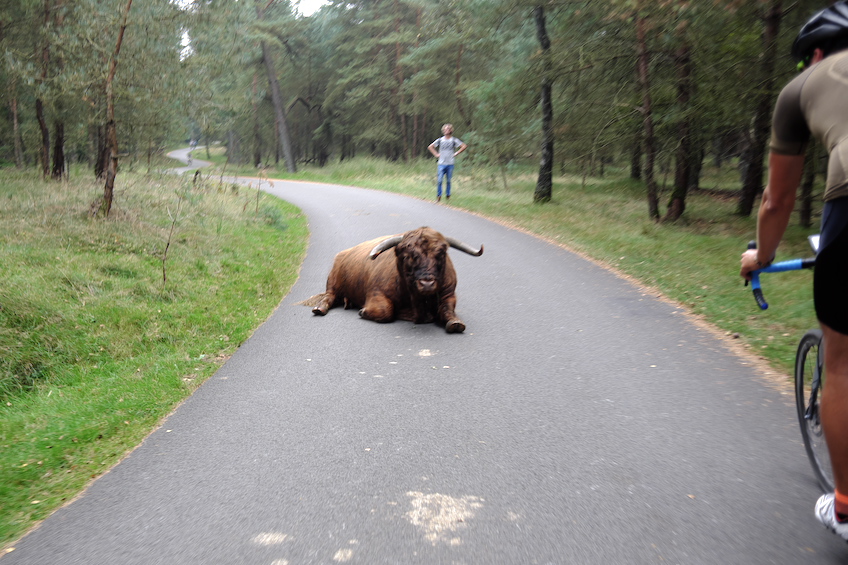 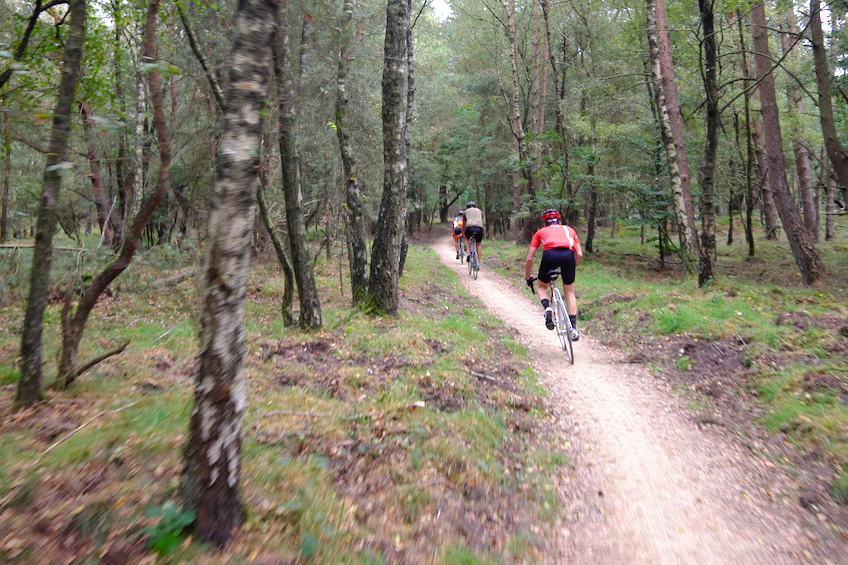 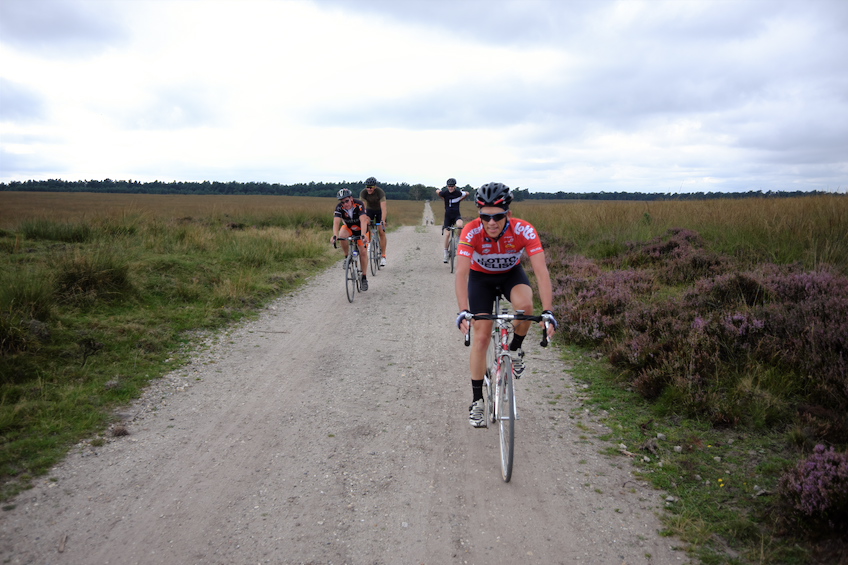