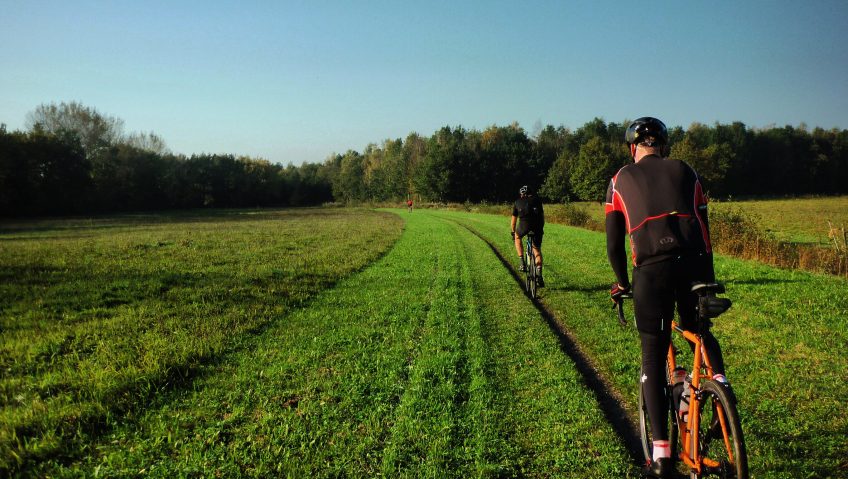 ‘Destination reached’ said the Flemish voice of my TomTom. After a hour and a half drive I parked my car at a parking lot near Station Beilen, the starting point of today’s Dirty One Thirty Drenthe. It had been years since the last time I visited this part of the country. Back then I was still racing and selected to start in the ‘Omloop door het land van Kleine Hein’. The race itself didn’t exactly went as planned. After being held up by several crashes in front of me, I had to chase the peloton on my own. Not an easy job due to the strong wind that day. After twenty kilometres suffering alone, I realised there was no purpose in continuing and abandoned the race. But that day Drenthe stole my heart with its small countryside roads and picturesque villages. I promised myself I would come back there one day. But until today, it never happened.

Not long after I had taken my bike out of the car, the others arrived. First Ype, whom I knew from the mid-winter gravel ride I hosted in January, a few minutes later Wijnand and Pim. Wijnand, our host and guide for today, created a beautiful route through Drenthe and even Friesland  covering small gravel tracks, old railways and quiet countryside roads. He even managed to get the weather right: 20°C, blue skies and sunshine! Not bad for mid October. 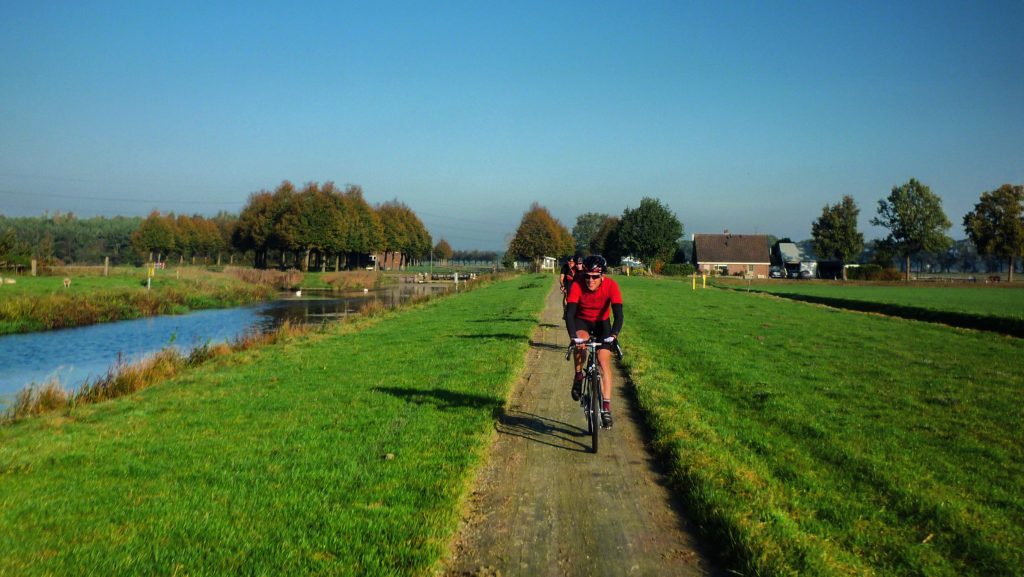 Wijnand’s route not only led us through beautiful nature reserves like the Dwingelderveld and the Fochteloërveen, but also through blues village ‘Grolloo’. A little village where the Dutch blues singer Harry Muskee of Cuby & The Blizzards lived for years.The only downside of the day was the strong wind. Luckily we had Pim riding along. Pim is like a strong diesel engine, when at speed he can ride four hours straight, as long as he has fuel in is tank.

Drenthe was exactly as I remembered it: pretty, quiet and a great area for cycling. But goddamn that wind!  Thanks for having us Wijnand! 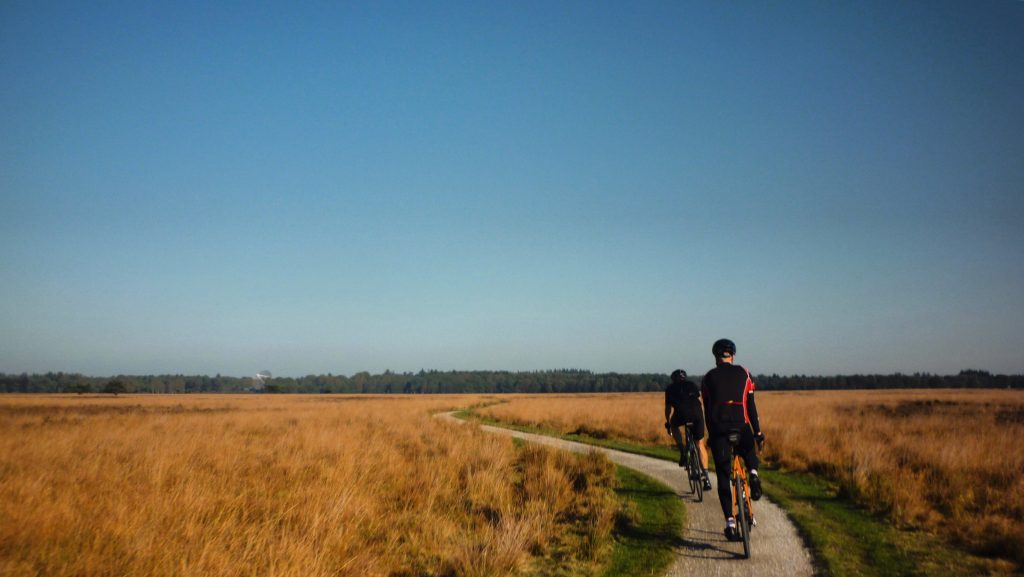 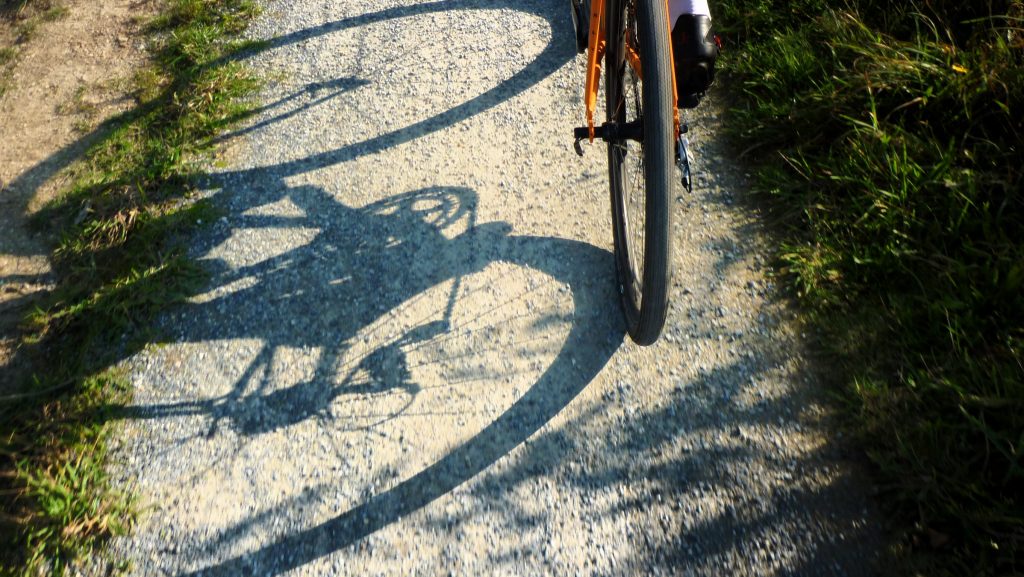 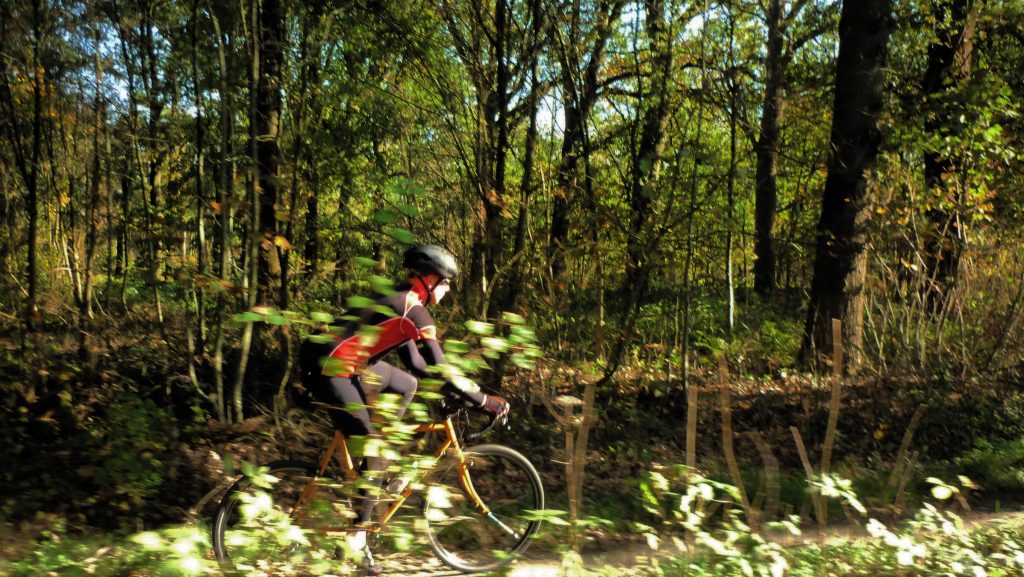 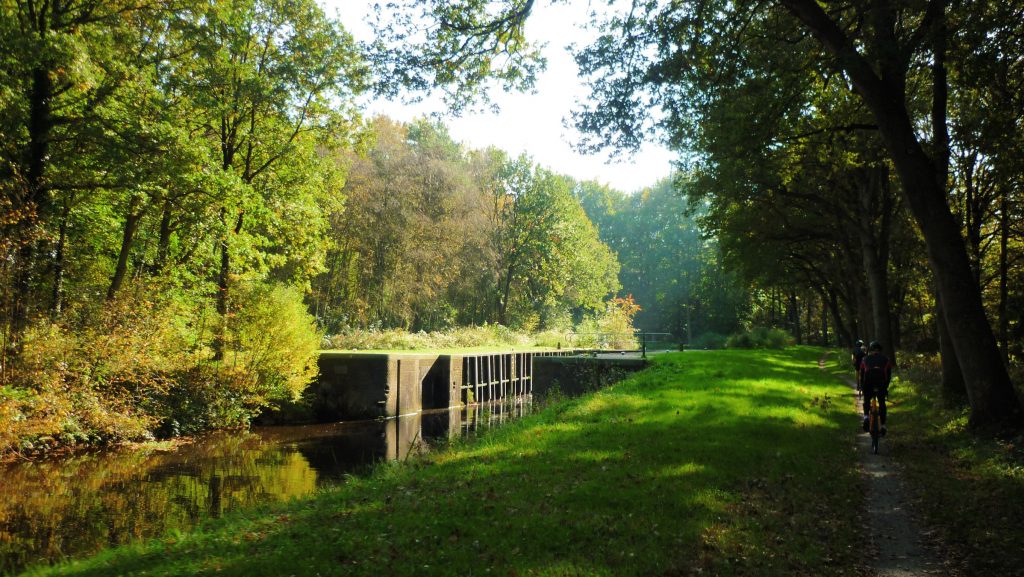