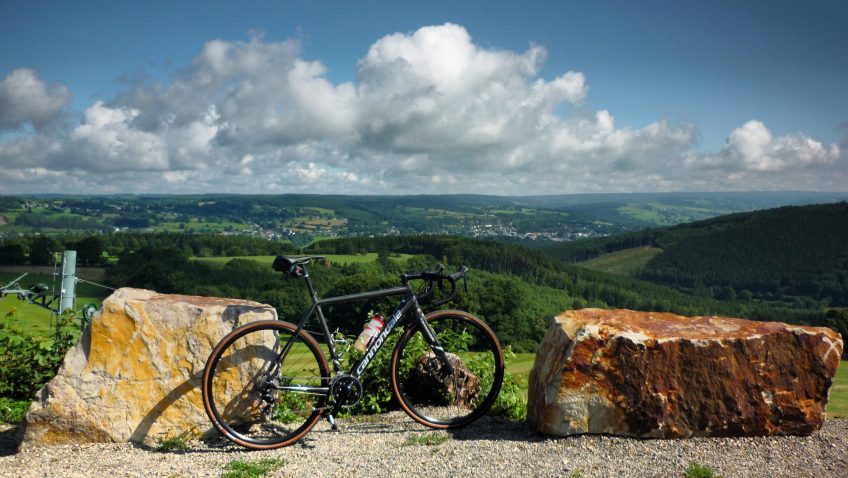 There we are, two sweat smelly grown men in a sixteen year old Toyota Yaris with no AC, doing a 145km/h at the German Autobahn as an attempt to get home a little earlier. In the back are two gravelbikes covered with mud, the battle scares of a ride in the Ardennes. While eating a stroopwafel (great recovery food!) we looked back at a wonderful day.

The route I created for today lead us over many beautiful climbs. Some well known like Le Rosier and Côte d’Amermont, others small and unloved like Route de Wavreumont. Due to the last stage of La Flèche Ardennaise we had to skip probably the nastiest climb in the area: the Stockeu. What a bummer. But even without the Stockeu our legs were sore as hell when we got back at the car. That might had something to do with the amount of gravel tracks I managed to put in the route.

In the days before the ride I created two routes: one fully paved and one ‘adventure’. “I’m not sure, but there might me some gravel tracks in the adventure route” I told Mr. ViaVelo, and let him decide which route to take. Of course I knew there was going to be gravel in that route, my nickname is ‘gravelman’ for a reason… 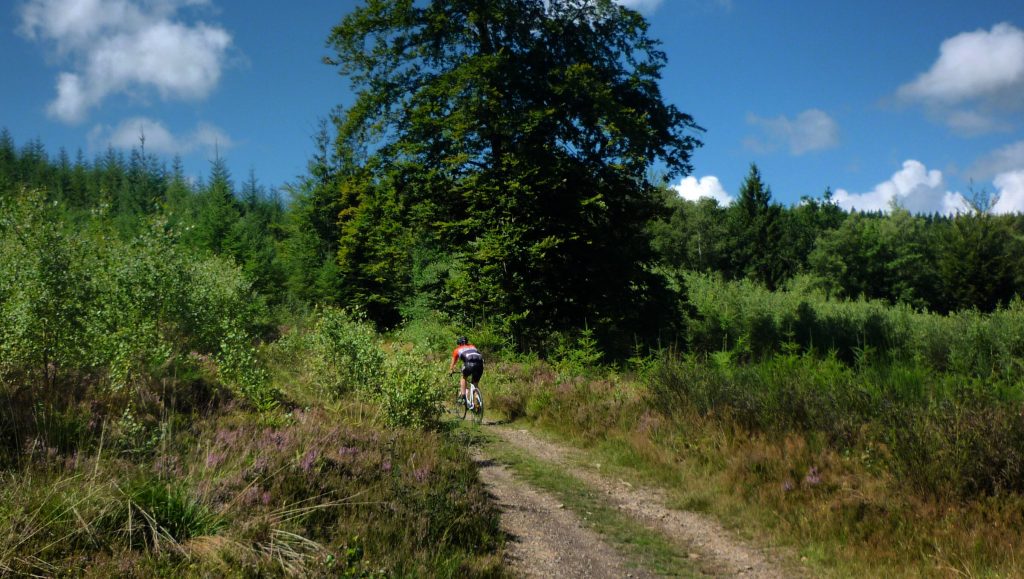 Mr. ViaVelo chose the adventure route and so we ended up riding gravel tracks in the Ardennes. It all started with a left turn off the main road onto a small countryside road. Immediately it started to climb and after we passed a house it turned into gravel. “You knew!” shouted Mr. ViaVelo as soon as he spotted the grin on my face.

After another left turn the gravel road ended and turned into a forest path covered with rocks. Our Wahoo’s only displayed a line in the middle of nowhere. Adventure was right in front of us so we decided there was no turning back and went for it.

As we climbed higher and higher the path kept getting smaller and smaller until there was only a singletrack to the top of the climb left. Once at the top were we panting like old horses, but it had been worth it. Not only did we got a beautiful view in return, we also felt the thrill of an adventure ride in the Ardennes. 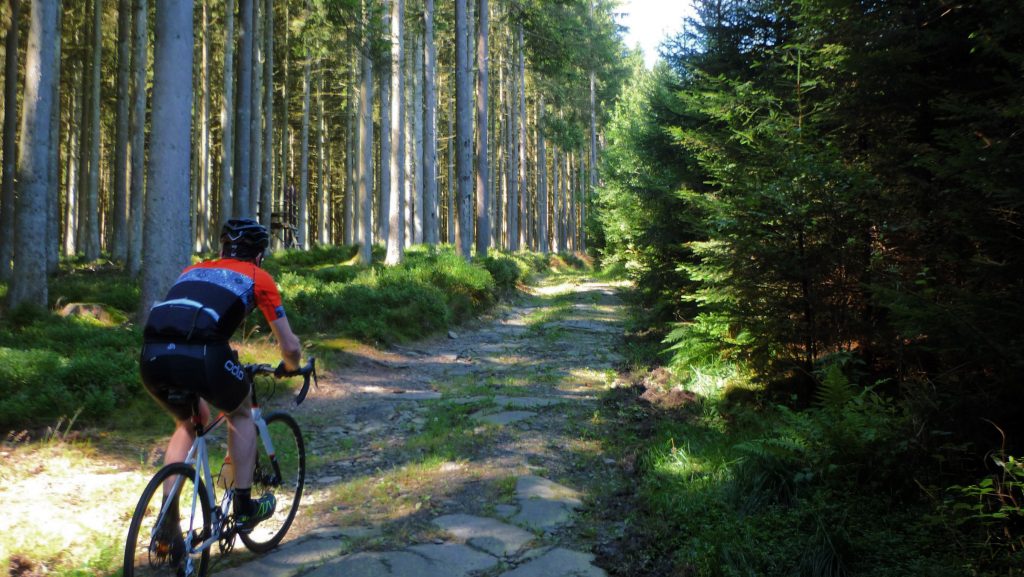